Have a heart for God 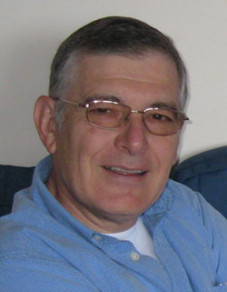 It is a role he enjoys immensely.

‘What I like most about this role is its sense of purpose,’ says Pablo. ‘We have a very clear purpose of discipling, encouraging and equipping people. That makes it very good.’

He and his team minister to doctors through several activities, including organising twelve conferences each year. Among them are CMF’s national conference in April, the Junior Doctors’ conference in the autumn and various day and weekend conferences.

In addition, Pablo’s department also organises 15 CMF breakfasts at medical events such as the annual meetings of some Royal Colleges or other medical societies.

‘We want to encourage doctors to use their training, knowledge and skills to further God’s kingdom where they are,’ says Pablo. ‘You just have to go to any of our conferences and hear what people say. Whenever they come together for a conference where they can meet with other Christian doctors and hear Bible teaching applied to medical issues, everybody tends to go back really encouraged, challenged and active.’

Pablo, who came to know Christ as a child and has been involved in church work ever since, loves the fact that he can combine his faith with his work at the CMF, which he joined in 2011. Before that, he was a doctor who trained in oncology, but later specialised in pharmaceutical medicine and dedicated many years to the clinical development of new medicines.

As a former church elder who’s had theological training, Pablo came to CMF after ’The Lord called me to do this job’.

He smiles as he recalls how the Holy Spirit insistently prompted him to apply for the role he saw in the CMF newsletter.

’I couldn’t get it out of my mind,’ Pablo recalls. He and his wife prayed about it for many weeks. A friend also encouraged him to apply.

Pablo is glad he did, especially as he and his team also act as a contact for pastoral support for CMF members.

‘I like everything (about the role),’ Pablo says. ‘I like that it is varied; that we do a lot of different things. I like the fact that we can encourage our members.’

Pablo and his team organise personal witness in the workplace courses called Saline Solution, and also encourages doctors to be part of CMF’s Links scheme, which connects members in workplaces, churches, specialities or who share special interests.

They also run a Welcome Scheme, which matches new graduates to more experienced Christian doctors to help them remain strong in faith as they transition from medical school to the workplace.

‘We are always trying to see how we can expand the Welcome scheme,’ Pablo says.

He says trainees often face critical transitions as they move from their foundation years into specialist training.

He and his team are keen to ensure that doctors moving to a new area for specialist training have something similar to the welcome scheme ‘so they can get in touch with some other members wherever their new training posts take them, preferably someone in their specialty’.

‘People will call or email us with various issues and we try to put them in contact with the right person and if we can help in any way we do that as well,’ says Pablo.

While his days are busy, Pablo would not have it any other way.

‘No day is the same as the next. I enjoy dealing with people and the discipleship side of things. I find that people need encouragement and a little encouragement goes a long way.’

He hopes to see more doctors join CMF and become connected to other Christians in 2016.

He also hopes more doctors and medical students will become involved with the various opportunities through CMF’s new volunteer scheme, ‘Deep:ER’, currently being piloted by the Student Department.  ‘If it works, we hope it will also be applicable to graduates and that we will get our own first volunteer intake in August 2016,’ Pablo says.