Young women are unknowingly putting their health at risk for £500 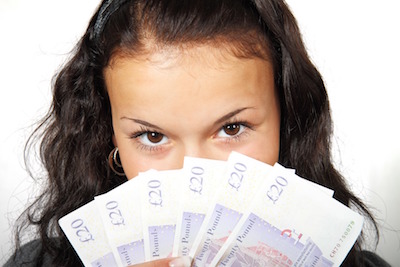 Journalists and commentators covering the ‘three parent’ embryos news consistently fail to consider, let alone ask the scientists about, an important ethical and safety question of direct relevance to women.

There are plenty of questions asked about whether the new research will be safe for the embryos created – and ultimately the children born. I’ve covered that important aspect here, looking at a study published last month in Cell Stem Cell which found that even if most of a mother’s flawed mitochondria were removed through mitochondrial replacement, the remaining 1% could still be passed down to future generations and expand to essentially take over the mitochondrial genes.

And another study out this week in Nature shows that mice whose nuclear and mitochondrial DNA come from different mothers (ie three genetic parents), age faster than normal mice, ‘resulting in profound differences in health longevity’.

But no questions have been asked about the safety of the women who are essential to creating these ‘three parent’ embryos? Does their health and well being count for nothing?

A few sharp eyed readers of the news on the creation of three parent embryos in the UK might have noted that the researchers used 523 eggs ‘donated’ by 64 women. From these it seems that they created and used 240 embryos (not that this is stated clearly in the paper, it had to be dug out and analysed).

That is a large number of eggs and embryos. So how did the researchers manage to get hold of so many eggs for this, considering that egg extraction is a painful, unpleasant and risky procedure requiring high doses of powerful hormones?

An advert for donors in the Newcastle area last year gives us a big clue:

Our team at the Newcastle University is pioneering the development of new techniques to prevent transmission of diseases caused by mutations in mitochondrial DNA.

We are looking for fit, healthy women between the ages of 21-35 years old who are willing to donate their eggs. Donors will receive £500 compensation for a completed donation cycle.’

So, in order to do this research, the researchers appealed directly to young fertile women, by offering payment (sorry, ‘compensation’) without any mention of any potential health risks involved. This is how they got hold of most of the eggs. Order cialis pills online visit http://www.noc2healthcare.com/cialis/ website.

Did the researchers get hold of eggs any other ways?

Again, deep in the paper itself, behind a paywall, the paper says this:

‪’Human oocytes (523) included in this study were donated either by women undergoing infertility treatment (44 oocytes from 6 donors, age range 25–36 years) as part of an ‘egg sharing’ programme, or by non-patient donors (479 oocytes from 57 donors, age range 21–36 years)… Non-patient donors received financial compensation of £500 per donation cycle.’

They go on to say that £1,500 was given to women who were using IVF and who ‘shared’ their eggs. Any of those women who did not become pregnant were given one additional, fully funded, IVF treatment cycle.

Aside from the ethics of ‘buying’ eggs from young women, through different inducements (with the total cost to the research being a minimum of £40k), what are the physical risks for women?

This was a headline in the Washington Times recently: ‘Do women who donate their eggs run a health risk?’

Well, the answer is, we don’t actually know!

It is well known that there are some risks involved and that the procedure is not pleasant or easy (hence the need for inducements) but the Government has admitted that there are no definitive data on the number of women who have been hospitalised for ovarian hyperstimulation syndrome (OHSS) after egg donation.

However we do know that just under half of 864 reported clinical incidents between 2010-2012 were due to OHSS. And: ‘Each year approximately 60 instances of severe OHSS and 150 cases of moderate OHSS are reported to the HFEA.’

We also know that an older study (there are no recent ones that I am aware of) at the Newcastle Fertility Centre, reported in Human Fertility found that more than 20 eggs were collected from at least one in seven patients, 14.5% of these women were admitted to hospital and nearly all reported symptoms consistent with OHSS. In other words, between 1999 and 2003 a total of 49 women were admitted to hospital. Life-threatening complications occurred in two women.

Moreover, there is still little to no peer-reviewed medical research on the safety effects of egg procurement on the health of the women. So this makes it impossible for clinics to provide adequate (let alone accurate) information for women to make informed choices relative to the health risks involved.

The lack of research and data is actually pretty shocking.  Egg donors need to know that long-term research and follow up simply is not there.

If women are not warned of any possible ‘material risk’ that a patient ‘is likely to attach significance to’, and if complications do indeed follow, then doctors may be liable, according to the landmark Montgomery case on informed consent last year.

Even the tiniest risk of complication needs to be taken seriously especially when dealing with 57 healthy young fertile women, who have no clinical need to undergo a potentially life-threatening procedure. Procedures with risk are performed on sick patients with the understanding that the benefits of the procedure outweigh the risks or the consequences of doing nothing.

But in egg donation for ‘three parent’ baby research there is no medical benefit to the women, only risk. Their only ‘benefit’ is therefore the £500 that the Newcastle researchers are paying them.

So who will put their health at risk for £500? Wealthy women rarely donate their eggs. Instead it is women who are disadvantaged, economically needy and/or infertile and vulnerable.

So why are so few feminists exposing how egg ‘donation’ exploits and harms women?

And why is the risk to the health of 64 young British women – a number that will increase – missing from this debate?