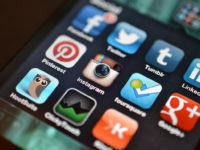 From finding a carpark to counting our calories, apps now cover virtually every area of our lives, including in healthcare.

A 2011 General Medical Council survey showed 30% of doctors use a smartphone for medical apps. This will have increased significantly in the last five years. In addition, health apps, ranging from health and fitness trackers to virtual GPs and genetic screeners, account for more than 1.5% of a total app market.

A 2015 Digital Health market report for the Office of Life Sciences also estimates that the mobile Health apps market is predicted to grow at 35% in the UK and 49% globally from 2014 to 2018.

Apps are so prevalent that in 2014, The Medicines & Healthcare products Regulatory Agency published guidelines on health apps and the National Health Service (NHS) is now currently upgrading its Health Apps Library. In addition, The European Commission has been looking at issues around the rising use of this and other wearable technology.

Some of the most popular health apps allow healthcare professionals to join networks, share best practice and store and access data.

In fact, the General Medical Council launched its own app in 2015 to help doctors update and share their knowledge.

For example, the Kings Fund reports that ‘Smartphones are highly effective data collection devices and they can record a lot of detail about people’s lives. As well as tracking their own health status, people can also help researchers gather large amounts of data on health problems and their determinants using their smartphone.’

It adds, ‘Many digital therapy platforms include a way for people to connect with peers and share their experience, or to connect with health professionals remotely… Digital therapeutics are often cited as a solution to help manage long-term conditions that call for behaviour changes or to prevent diseases in the long run.’

But there are also dangers that include:

While this blogpost only scratches the surface of issues around this burgeoning technology, there are lessons that can be learned. Among them is that while God has blessed us with technology, he wants us to use it responsibly.

We have to be wise and be guided by God in deciding how and when to use such technology in our professional as well as personal lives. Philippa Taylor and John Wyatt believe ‘the wise use of technology is to be supported and encouraged by Christians.’

They also write, ‘Christians believe that we have an ethical requirement to reach out and heal the sick and to embrace technology as aids to prevent or correct illness and restore health and fitness…’

But they warn, ‘whilst as Christians we can enjoy many benefits from new technologies, this must be within the context of understanding that our worth and value, our human dignity, stems from our creation in the image of God.’ They add, ‘The challenge before us is constantly to query the impact technological progress might have on the inherent nature, value and equality of all human life.’