Helping women when they need it most 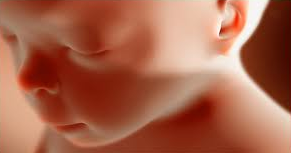 In early May, statistics from a global study on abortion revealed shocking statistics showing that one in four or 25 percent of pregnancies worldwide were aborted. Statistics showed there was a drop in the numbers of women seeking abortions in developed regions such as Europe. However, the high global statistics – jumping from around 50 million a year between 1990-1994 to 56 million a year between 2010-2014- may imply that tragically abortion is becoming an epidemic that needs greater solution to protect babies at risk and many women, some of whom are facing unexpected pregnancies, who may incorrectly believe abortion is their only choice.

Government statistics show there were 185,824 abortions in England and Wales in 2015. A Department of Health report said 38% of abortions in 2015 ‘were to women who had already had one or more abortions’.

There are different grounds on which women may be permitted abortion and pregnancy counselling is recommended in several medical guidelines but some experts have raised concerns that some women may be shunted toward abortion without being given a chance to choose alternatives such as having their baby, fostering or adoption. Many women later regret their decision to have an abortion.

‘All too often, abortion is seen and sold as the only solution for mothers who are encouraged to view an unplanned pregnancy as a problem that needs solving. But we should be making sure mothers are fully aware that there are different options out there, other than termination,’ Nola Leach, chief executive of the Christian charity CARE, told Christian Today shortly after the global abortion statistics were published in medical journal The Lancet.

There are several charities that are working to provide women with a better understanding of all choices available to them when they are faced with an unexpected pregnancy. They include:

‘These provide free pregnancy tests, counselling and support for women making decisions about abortion. They can refer women for antenatal care and adoption advice as well as providing financial and practical help during pregnancy. Importantly, the centres also offer support and counselling for those who have had abortions,’ explains a previous CMF File.

And testimonies emerging from these charities show that many women are grateful for such help.

For example, there is Fatima* who was aided by Life Charity as she faced an unexpected pregnancy.
Completely dependent on her partner for housing and food, Fatima found herself facing this ultimatum: have an abortion or lose his support.

Faced with having to choose between food and shelter and keeping her baby, Fatima came to Life’s Care Centre to discuss her unexpected pregnancy. She decided she couldn’t go through with an abortion. ‘She was provided with all the basic items she would need for when the baby arrived, from nappies and clothes to a cot and a pushchair. Her partner refused to help,’ the charity explains

Now Fatima and her baby boy are thriving.

‘As soon as she was eligible to receive benefits she moved into her own rented accommodation, found a child minder, and attended English and Maths classes as a result of which she is now in employment,’ Life relates.

Fatima later told Life keeping her baby was ‘the best decision I ever made’.

‘Over the last 40 years, Life has helped thousands of women facing unintended pregnancies through our caring and compassionate services.  Yet as you know, despite these successes, abortion is now so commonplace that it’s part of the fabric of society and many women, men and children are suffering as a result. We believe that now is the time for change,’ Life explains.

So on 25 June, Life plans to unveil new ways to reach out to women facing unexpected pregnancies at its launch event, called Ignite 2016, at Fazeley Studios in Birmingham.

‘At Ignite 2016 we’ll be unveiling our brand new plans to reach out to pregnant women in crisis at the point they need us most….And we’ll be revealing our new-look Life branding to kick-start this fresh, new approach.’

Life says part of its new strategy will be to ‘reach out to those women who have made an appointment to abort their baby. Our new strategy will meet these women where they’re at – making contact with the girl who’s about to book an abortion with one click on her smartphone or the woman on her way to the clinic. Reaching out to abortion-minded women at the 11th hour is key to bringing about change.’

*Fatima is not this Life client’s real name.

To find out more about Life Charity visit http://lifecharity.org.uk/about-us/. To find out more information about Ignite 2016 or to register for the event, visit www.ignitelife.org.uk.