National Conference 2015 – the biggest and quite possibly the best

A record 391 delegates attended the CMF National Conference 2015, including a mix of doctors, nurses, retirees and 41 student leaders.

Held at the excellent Yarnfield Park in Stone, Staffordshire over the weekend 24-26 April it was a time of good fellowship, Bible teaching, worship and opportunities to relax and chat. 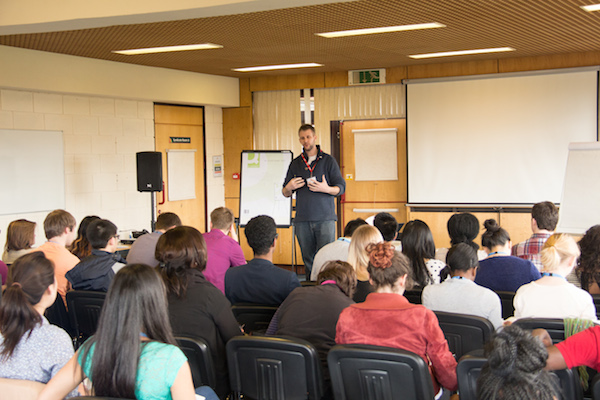 Feedback so far has been positive. Here is a selection of comments we’ve received: ‘Well-organised, great atmosphere’, ‘Inspiring’, ‘Very enjoyable’, ‘Refreshing – really encouraging and a great weekend of rest’.

One of the highlights was Glynn Harrison’s Rendle Short Lecture. Like the men of Issachar, who ‘understood the times and knew what to do’ (1 Chronicles 12:32), Glynn noted that we need to understand how today’s sexual revolution is ‘rooted in ideas – it didn’t just happen’.

In this new situation it is people who ‘hold to traditional values who find themselves on the wrong side of popular opinion and sometimes even the law’. People of faith are seen as promoting a way of life that is ‘harmful, implausible…pretended’.

His lecture showed how radical feminism, a modern form of gnosticism and queer theory were driving the sexual revolution forward. They are ‘the plausibility structures of a new moral order’. He asked, ‘Where are the Christian apologists and theologians who are grappling with these ideas?’ Listen again to Glynn’s talk here. 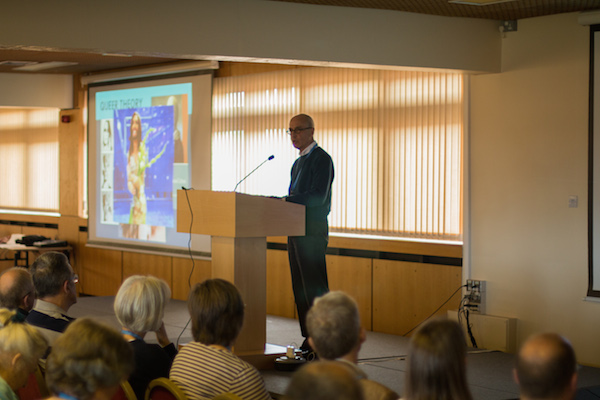 Lindsay Brown, former General Secretary of IFES, challenged younger Christian doctors to ask those of earlier generations how they combined clinical work and witness, the challenges they faced, how they overcame them and how God helped. ‘A Christian doctor without an historical perspective will be spiritually impoverished,’ he said. His three talks on Hope in a World of Suffering began with the Psalmist’s lament about the apparent silence or absence of God. Job was the starting point for discussion of a biblical answer to the problem of pain and suffering. 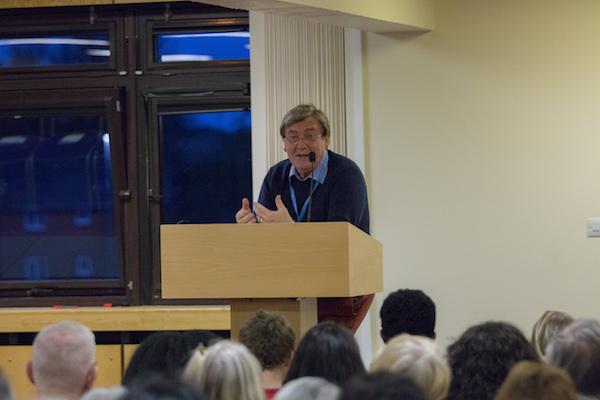 Finally, based on selections from 1 Peter he identified and explored key dimensions of what authentic witness looks like for Christians living under pressure. We thank Lindsay for his challenging and inspiring Bible readings. Listen again to Lindsay’s talks here. At the 2016 National Conference (22-24 April) we hope for more of the same from Don Carson. Save the dates!

This year we ran the first ever nurses’ stream as part of the conference.  18 nurses from around the UK joined us for seminars looking at the Christian basis for the ‘6 Cs of Nursing’ and an overview of the Christian history of nursing and how that story informs our work
today. There was a great time of fellowship and encouragement and we hope to see many more join us next year.

It was also encouraging to be joined by a number of our overseas missionary members, including Simon Stock (Cambodia) and Sam Dunnett (who helped combat the spread of Ebola in Sierra Leone, and at the time of writing is out in Nepal amidst the chaos of April’s devastating earthquake). 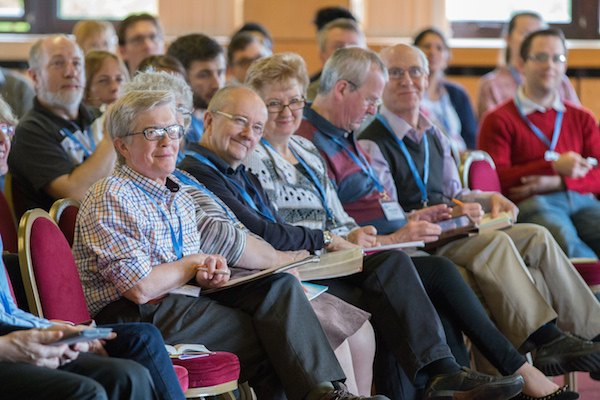 CMF is a very diverse and connected fellowship and events like the National Conference help to bring us together, stronger and united under Christ. Here’s to next year!