‘I’m Going to Convert You’ 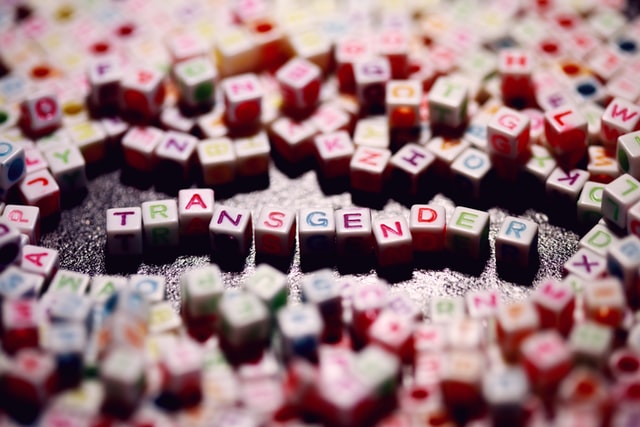 ‘I’m going to convert you.’ It has a paternalistic – perhaps even narcissistic – ring to it. To our modern ears, it implies some kind of forceful transformation of one vulnerable party to be something they are not. Its ancient roots flow from the Latin con– (altogether) and vertere (turn).

Christians often speak about converting to our faith. That makes sense, given the historical meaning. The Christian is someone who has ‘altogether turned’ from their old way of life towards God’s way. And in some sense, this is an act that is done in that single decision to become a Christian. In another sense, it is an ongoing process of turning again and again as we face decision after decision. That’s what the apostle Paul is urging the early Roman Christians to do:

Do not conform to the pattern of this world, but be transformed by the renewing of your mind.

Fundamental to being a Christian is the ability to altogether turn from the pattern of this world in order to follow what we believe God’s will is for our lives, as Paul goes on to say in the following sentences.

There is a raging debate in all nations of the UK centred around the idea of conversion. It isn’t proposing to ban converting to Christianity. But the potential implications of the law for which some are pushing would fundamentally limit Christians’ (and potentially any healthcare workers’) ability to help people transform to be the people they want to be.

The current debate is focused on the practice of conversion therapy. This is due to the 2018 UK Government LGBT Action Plan, which pledged to ‘bring forward proposals to end the practice of conversion therapy in the UK’. They clarified that in committing to this action they ‘are not trying to prevent LGBT people from seeking legitimate medical support or spiritual support from their faith leader in the exploration of their sexual orientation or gender identity.’ Since this time there has been significant pressure on the government from individuals and groups to follow through on this commitment.

One of the issues making this such a complex discussion is the very definition of conversion therapy. Christians today stand side by side with the LGBT community to condemn historical practices of any coercive and abusive interventions aiming to change a person’s sexual orientation or gender identity. Examples like corrective rape and electroshock therapy for such individuals are clearly abhorrent, and Christians have sadly been involved in these practices in the past.

But how far should such legislation go? Should it include any efforts to repress unwanted feelings related to sexuality and gender? Should the proposed law criminalise efforts to change behaviour in these areas? If the individual concerned is seeking support in this area, should it be denied? The organisation ‘Ban Conversion Therapy’ calls for a ‘full legislative ban’ for all ‘those who have been coerced as well as consented.’ In effect, this organisation seeks to limit the autonomy of people wishing to explore other options for their gender and sexuality.

Such a broad definition of conversion therapy is itself dangerous. It will rightly stop coercive, non-consensual practices. But without a clear and limited definition of conversion therapy, this could also prevent the fully consensual, pastorally minded conversations in the doctor’s surgery, the church small group or the park bench that seek to support someone struggling to work out their identity. This may sound like scaremongering, but this is the narrative in mainstream media. ITV report: ‘In extreme cases [conversion therapy] can involve rape and exorcism, but it often takes more subtle forms, including prayer and spiritual guidance.‘

The UK government has confirmed that transgender issues will be part of the legislation brought forward on conversion therapy. A ban that includes certain discussions around gender dysphoria could see parents and medical professionals banned from helping their children or patients access support to help them live comfortably in their bodies rather than going through irreversible medical interventions.

So, what should we think?

Christians should boldly stand in full support of legislation against coercive and harmful practices. Thankfully, in the UK, these practices are already illegal due to existing legislation; we should support the full enforcement of this. We can wholeheartedly support efforts to close any remaining loopholes allowing this type of ‘therapy’ in any setting that is not covered by current legislation.

However, Christians must oppose the broad definition of the practice of conversion therapy. Such a ban would deny the right of Christians who have unwanted same-sex attraction or feelings of gender dysphoria to seek help from the very community best placed to support them – their church. It may even prevent conversations with healthcare professionals and others who can best support them to think through the full range of paths forward. This would be discriminatory against such people.

It could also be discriminatory against other members of the LGBT community who want to access this kind of support but are prevented from doing so. Straight people would get easy access to spiritual support, LGBT people would not. Churches will become too afraid to engage with the LGBT community for fear of falling foul of the law.

1. Pray. We believe in a God who cares about his creation – and that includes humans made in his image. So let us pray for ourselves and other Christians to lovingly stand up for the right of people to seek support in this area. Pray for wisdom for our leaders as they decide how to legislate on this issue. Pray for those reading the responses to ongoing consultations throughout the UK.

2. Respond to the consultation. The Scottish Government has a short-running consultation on this topic, closing on 13th August. Click here to view and respond. If you would like some ideas, have a look at the Christian Institute Briefing. You can also view the official CMF response to the consultation.

3. Engage. There are lots of helpful articles and resources available online for Christians looking to learn more about this.