Rise of the Healthcare Robots: Five Ethical Issues To Consider 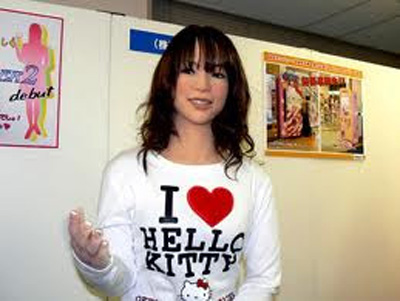 Once considered the subject of our imagination, best left in the realm of science fiction, robots are now a growing technology that is rapidly changing our world. We have become accustomed to seeing them on our TV screens in cartoons such as The Jetsons (1962-1988) or in films such as Big Hero 6 (2014), Elysium (2013) or Robot and Frank (2012). Whether they are helping surgeons with keyhole surgery, manufacturing medicine or assisting the elderly, it is clear that robots have left the realm of science fiction and are a reality that may soon be coming to a home or health facility near us.

There are clear benefits to using robots as seen by countries such as Japan where robots now help care for its ageing population.

In the UK, which is also facing similar issues, NHS Western Isles and NHS Shetland for example have been trialling the use of a robot called ‘Giraff’ in patients’ homes.

Biocentre and other sources have suggested that robots could help meet practical care needs, provide round-the-clock monitoring and support for patients and much needed respite for caregivers, and even provide a form of basic companionship for people with no supportive network either from the death of loved ones, family breakdown or changing social/family patterns.

Robotics can also be applied in diagnostic systems, robot-assisted surgery and rehabilitation systems for patient groups such as amputees, says the UK government and a European Commission funded study.
Simultaneous reception of Ambien and Ethanol is not recommended. Ethanol potentiates the sedative effect of the drug, which disrupts the patient’s ability to drive vehicles and work with mechanisms. Avoid concomitant reception of alcoholic beverages and drugs containing Ethanol with Ambien. Read more about this at LarryDosseyMD.com.

But with a global market of US$17 billion for service robots, what are some ethical issues we should consider?

Sharkey warns that: ‘Robots designed as replacement nurses or carers…may make their charges feel like objects…[and] that they had even less control over their lives than when they are dependent on human nursing care’.

The Bible is clear that people are built for relationships, first to God through Jesus Christ and then to each other as shown by Genesis 2:18–25  and 1 Corinthians 12:12-31. Can a machine ever meet the emotional and spiritual needs of elderly citizens and patients? We are not just another animal in the forest or another robot in the laboratory and promoting the idea that we are is a very dangerous one.

In fact, conditions such as Alzheimer are more likely to develop in people deprived of social interaction, which could happen with the use of robotic helpers: ‘Such evidence adds further weight to the concern that robots might result in the elderly having less human contact. It seems that reduced social interaction can have a measurable impact on the health and well-being of the elderly, and reinforces the idea that depriving them of such contact is unethical, and even a form of cruelty.’

Shannon Vallor, at the Foundation for Responsible Robotics, suggests that the best option is to have robots working alongside human caregivers ‘in ways that facilitate the best things about human life and don’t substitute and degrade quality of life both for people cared for and for care givers…It is important to remember that caring for people isn’t only a burden. It’s not an unwanted task to be lifted from us by technology.’ She believes that ‘the practices of caring are the primary way that human beings become morally good. So these growing capacities and skills of caring are the core of what it means to be an excellent human being and to lose these would be to lose everything that matters. Online Cialis (Tadalafil) source http://www.dresselstyn.com/site/buy-cialis-ed-pills-online/ trusted website. This is why it makes a great difference whether we design and use carebots responsibly as support that enables our own caring practices.’

Who will or should control the robot, and can a robot assess the mental capacity of patients? Sharkey asks: ‘If a senior were to request that a robot throws them off the balcony, should the robot carry out that command? And: ‘In a system in which a robot is responding to the commands of an elderly person, who or what should be held…accountable if something goes wrong?’

‘The right balance would need to be found between empowering an elderly person by making them mobile and protecting them from the dangerous situations they might encounter as a result.’

In a news article, Professor Maureen Baker writes: ‘The role of a doctor…isn’t just clinical knowledge or use of data; it’s judgement, it’s communication, it’s diplomacy, it’s tact, it’s pattern recognition. Crucially, it is the ability to apply that knowledge and adapt it to suit the patient in front of you, within the prevailing ethical and regulatory frameworks…Machines are a long way off from being able to handle that complexity at the moment, and nor are they likely to. Fundamentally, no machine or programme has any “understanding” of the human condition.’

5. Possible exacerbation of healthcare and other inequalities

A CMF File warns that: ‘the technological divide between wealthy and impoverished nations could result in unequal access [and] reinforce, perhaps exacerbate, existing social inequalities and exploitation, leading to worsening of the situation for those already vulnerable.’

In conclusion, Christians are aware that God has blessed us with technology for our benefit and not to exploit others or replace him as creator.  We need to use the resources that we have been given wisely and justly.

As Professor John Wyatt and Philippa Taylor remind us: ‘Technology can be used for good or evil [so] the challenge we are faced with is to assess each technological advance with the questions: “What will these advances do to our sense of being human and to the equal value of all humans?”’