‘God is in everything I do’ 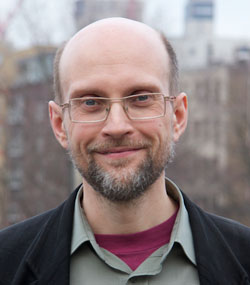 As Head of Nursing at the Christian Medical Fellowship (CMF), Steve Fouch ensures that nurses and midwives get the support they need to be witnesses for Christ where they work.

His department does this in several ways. They set up local meetings to assess nurses’ needs and to see how CMF can help.

‘This is done either independently or in partnership with organisations such as churches and Parish Nurses‘ Ministries,’ Steve says.

Steve and his team also encourage nurses to set up meetings in their workplaces and to engage with CMF’s regional and national conferences via seminars that are applicable to nurses.

Steve also writes content for social media, CMF magazines and blogs. He is currently producing a book provisionally called the Handbook for Christian Nurses, which should be published by April 2016.

‘My strategic priority is to begin to identify people who will lead local networks of Christian nurses, who can write or who can speak at public events on different topics,’ Steve explains. ‘It is to identify people with a vision for the kind of work that we are doing; key people who would get more actively involved to direct it for the future.’

‘With Pippa, we are beginning to draw together a team of nurse volunteers at local level to support student nurses and newly qualified nurses to run local fellowship groups. We plan to encourage them to contribute to the strategic planning of the department, and in the future to write and do public speaking and media work, and to help us write submissions or resources for nurses.’

‘In the last few years we have made some submissions on the sustainable development goals,’ Steve says. ‘I am (also) currently working with a key leader in India on a CMF File on medical corruption and developing a global health advocacy toolkit for our sister movements in other countries. I am also helping to convene a working group on revalidation for nurses and midwives working long-term overseas.’

Steve, a trained nurse, previously worked for the NHS for several years before taking a year away from work to train in church ministry. When he returned, he worked at Christian onhealthy synthroid charity AIDS Care Education and Training (ACET), proving home care for patients with an advanced AIDS diagnosis. He worked for the Haemophilia Society and was director of mission mobilising charity, MMA HealthServe. He joined the CMF staff when CMF and the MMA merged in 2004.

He believes God called him to be a nurse and uses his skills to serve God where he can so Steve represents the CMF and nurses’ Christian interests at an international level. He sits on the international board of Nurses’ Christian Fellowship International (NCFI), an umbrella group for nursing fellowships worldwide. He also chairs the NCFI’s European Regional Committee and also collaborates on some work with the International Christian Medical and Dental Association (ICMDA).

‘I believe that God has called me and placed me here (at CMF),’ says Steve, who became a Christian 35-years-ago after being invited to a home Bible study group.

‘This home group had a very different approach to prayer, to everything,’ Steve recalls. ‘The thing that really had an impact on me was the relationship they had with Christ. They talked about Jesus as someone who was part of their family and part of their lives. Everything to me up until then had been abstract and mystical – not earthed in everyday life. Suddenly here were these people talking about a God who was involved in everything they were doing in a way that I had not come across before. I wanted to know more about how this relationship came about…The whole process grew out of that. They were the people who discipled me.’

Now at CMF, Steve disciples nurses – and helps ensure they too maintain a personal relationship with God.

‘What I do is Christian ministry (so everything is) shaped by my faith and kingdom values,’ Steve says. ‘He (God) has shaped everything I have done. From choosing to go into nursing to serve him through caring for others to all my major life decisions down the years which have followed from praying and seeking his direction constantly, and the work I now do. Jesus has led me down many unexpected pathways, though downs and highs, but has always remained the only consistent, solid ground on which I can stand.’