67% of American doctors oppose the legalisation of physician assisted suicide 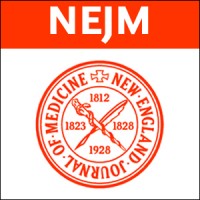 An on-line poll of readers of the New England Journal of Medicine suggests that the majority of American doctors are against physician-assisted suicide (PAS).

Based on 5,205 respondents from 72 countries, the poll showed that 67% of US readers opposed legalising PAS and a majority supported the practice in only 18 US states. Interestingly, this did not include Washington or Oregon, where PAS is already legal. Overall, 1,712 readers cast votes in the US.

The main reasons provided for opposing the practice were that it violates a doctors’ oath to do no harm and that it would likely lead to the legalisation of euthanasia, a far less palatable practice.

A 2011 study showed that doctors in the UK have opposed both euthanasia and assisted consistently over the past two decades. Researchers from Limerick, Ireland, used 16 key studies into doctors’ attitudes between 1990 and 2010. The findings appeared in the journal Palliative Medicine and further confirmed the fact that those doctors who favour a change in the law, constitute a small vocal minority.

Sir Richard Thompson, past President of the Royal College of Physicians, responded to the launch of the small pressure group Healthcare Professionals for Assisted Dying in 2010, by eloquently outlining the reasons why a clear majority of the College’s members still do not support a change in the law.

The British Geriatric Society in 2010 issued a strong statement on assisted suicide which outlined its concerns about how a change to the law would remove protection from vulnerable elderly people. The full statement is most worthy of study by all who take an interest in this debate.

Britain would be wise to listen to doctors and to learn from this strong international precedent when Charles Falconer and Margo Macdonald bring their bills seeking decriminalisation of PAS later this year.