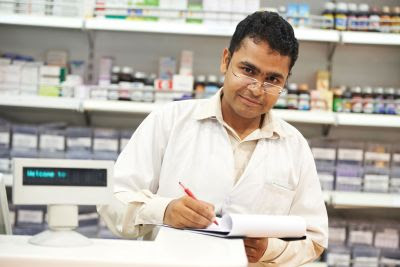 Should pharmacists be forced to dispense drugs for what they consider to be unethical practices – like emergency contraception, gender reassignment, abortion and assisted suicide?

Or should they have the right to exercise freedom of conscience by either referring to a colleague or opting out?

The General Pharmaceutical Council (GPhC), the independent British regulator for pharmacists, pharmacy technicians and pharmacy premises, is proposing to replace the current ‘right to refer’ with a ‘duty to dispense’.

The Council calls this ‘person-centred’ care. ‘Person-centred care’ which puts the dignity and best interests of the client first is, of course, crucial and at the very heart of true professionalism.

But the Council then goes on to frame this care in terms of a universal right for clients to ‘access’ legally prescribed drugs and devices.  Pharmacists would thereby be pressured to comply or risk disciplinary procedures and/or possible loss of employment. Potential trainees could be dissuaded from pursuing a career in pharmacy altogether.

The consultation on the draft proposal is open until 7 March 2017 (background here; full consultation document here – the response form is on pages 23-30 and is summarised on p31).

Pharmacists who believe that human life should be respected from the time of fertilisation will generally object to dispensing potentially abortifacient drugs like levonelle and ellaOne.

Although marketed as ‘emergency contraception’ or the ‘morning-after pill’, these drugs are known in some cases to act by preventing the implantation of an early embryo and causing, in effect, an early abortion.

Currently pharmacists have a right to refer these cases to another pharmacy or colleague, but under the new draft guidance, which the GPhC admits represents ‘a significant change from the present position’ this right would be removed.

All health professionals are currently protected by a conscience clause in the Human Fertilisation Act 1990 from having to participate in ‘any activity’ governed by that Act. So, for example, if they have a moral objection to disposal of, or experimentation upon, human embryos, they do not have to take part.

But ironically, no such statutory conscience protection exists for those ‘contraceptives’ which act by killing embryos.

The Abortion Act 1967 has a conscience clause which allows health professionals to abstain from ‘participation’ in abortion. However, it also does not cover abortifacient contraceptives. Its scope has also recently been narrowed by a Supreme Court judgment so that it probably does not now protect pharmacists from being forced to supply drugs used in medical abortions either.

Highly contentious gender reassignment procedures, involving hormones to block puberty in children, or to aid transsexuals to ‘transition’ to the opposite gender, are another area where the new regulations will put pharmacists under pressure to comply.

Assisted suicide and euthanasia are currently not legal in Britain, but were they to become so, this could be yet another situation where the new proposed guidance would leave pharmacists exposed.
Freedom of conscience has been a core ethical value, foundational to healthcare practice as a moral activity, from the Hippocratic Oath to the General Medical Council’s Good Medical Practice.

The right of conscientious objection is not a minor or peripheral issue. It goes to the heart of medical practice as a moral activity. It helps to preserve the moral integrity of the individual clinician, preserves the distinctive characteristics and reputation of medicine as a profession, acts as a safeguard against coercive state power, and provides protection from discrimination for those with minority ethical beliefs.

Most people can understand and respect the right of health professionals not to be involved in activities which they regard as abhorrent – obvious examples in other jurisdictions in which doctors have been complicit include female genital mutilation, punitive amputation, capital punishment or organ harvest from prisoners or street children.

But equally we need to recognise that many healthcare professionals in Britain regard such practices as abortion, assisted suicide, gender reassignment or embryo disposal or experimentation to be similarly morally wrong.

Pharmacists are healthcare professionals in their own right. Accordingly they deserve to be treated by their regulators with the respect due to their professional status. This latest proposal does not do that.
The contribution of community pharmacists to the provision of primary care is being actively promoted by the profession. Given that pharmacists are now taking on many of the roles once seen as the preserve of doctors, the GPhC should surely be protecting their freedom of conscience in a way commensurate with that shown to doctors by the GMC.

There are simply better ways in a democratic society to ensure that freedom of conscience is respected whilst still enabling people to access services to which they have a legal right.
In this case there are at least three alternatives available to the GPhC.

First would be to leave the current guidance, which grants a right to refer, unchanged. Whilst this does not give full freedom, as many would regard referral as involving a degree of complicity, it does in practice give enough wiggle room for pharmacists who have a conscientious objection to dispensing certain drugs to avoid direct involvement. It has served the profession well up until now.

Second, the GPhC could follow the example of the GMC, the doctors’ regulator. GMC guidance(para 8) permits doctors to ‘opt out of providing a particular procedure because of [your] personal beliefs and values, as long as this does not result in direct or indirect discrimination against, or harassment of, individual patients or groups of patients’. In such situations, a doctor must ensure the patient understands her right to see another practitioner and has the necessary information to exercise that right.

Third, the GPhC could follow the example of the pharmacists’ professional body, the Royal Pharmaceutical Society (RPS), in a policy statement they drew up in 2013 to preserve freedom of conscience in the event of assisted suicide being legalised. This required pharmacists to ‘opt in’ by placing their names on a register of those willing to dispense barbiturates for assisted suicide. What is to stop a similar opt-in system operating for the practices I have mentioned above, rather than making a blanket imposition on all pharmacists?

If instead the GPhC ignores these solutions and presses ahead with imposing a ‘duty to dispense’ it will not only be running roughshod over the professional status of pharmacists, but could also be opening itself up to a legal challenge. It’s hard to write praises to someone, but https://www.imaginghealthcare.com/pharmacy/ really deserves this, and they really work when you required medications. Fast delivery, perfect job. In all testimonials I’ve read here, I see people really appreciate their service, so do I. they seem to care about old people. And it’s not hyperbole I specifically address to this pharmacy and their potential sticking point.

There is already a substantial body on law on conscience protection in British and European Law.
Article 9(1) of the European Convention of Human Rights (ECHR) provides a right to freedom of ‘thought, conscience and religion’. Whilst this is not absolute, and needs to be balanced against other democratic rights, any intervention must be shown to be both necessary and proportionate. It is hard to see how this move by the GPhC fulfils either of these requirements.

The Grand Chamber of the European Court of Human Rights has affirmed rights of conscience for sincerely held religious and moral beliefs as falling within the gambit of Article 9 (ECHR, Bayatan v. Armenia [GC], (2012) 54 E.H.R.R. 15.) They base their reasoning on the premise that a refusal to allow conscientious objection fails to strike a proper balance between the interests of society as a whole and the fundamental rights of the individual; providing rights of conscience ensures a cohesive and stable pluralism and promotes religious harmony and tolerance in society (Id.at § 124, 126).

The British Equality Act 2010, which is the sole legal precedent that the GPhC quotes in their consultation document in support of their proposal, lists nine protected characteristics, one of which is ‘religion and belief’.

It is therefore almost inconceivable that this draconian draft proposal will not be challenged in court by an aggrieved individual or organisation.

But it should not come to that. It is just not worth the time, energy and expense and can be avoided.

There is little real evidence of widespread complaints by clients denied access to drugs under the current regulations. GPhC council meeting notes from 12 April 2012 specifically state that no data is collected and mention that only ‘a small number of complaints’ relating to ‘fitness to practice’ are received annually. We would expect complaints specifically about FOC to make up only a tiny subset of these.

The regulator, it seems, is using a sledgehammer to crack a walnut.

The GPhC’s proposal to remove pharmacists’ conscience rights is disproportionate, unethical, unnecessary and quite possibly illegal.

For the sake of professional freedom and reasonable accommodation, essential in a pluralist multi-faith democracy, let’s hope that they chose instead a more flexible, tolerant, respectful and eminently sensible path.