The NMC Case against Pauline Cafferkey: a working example of ‘Compassion Deficit Disorder’ in nursing leadership? 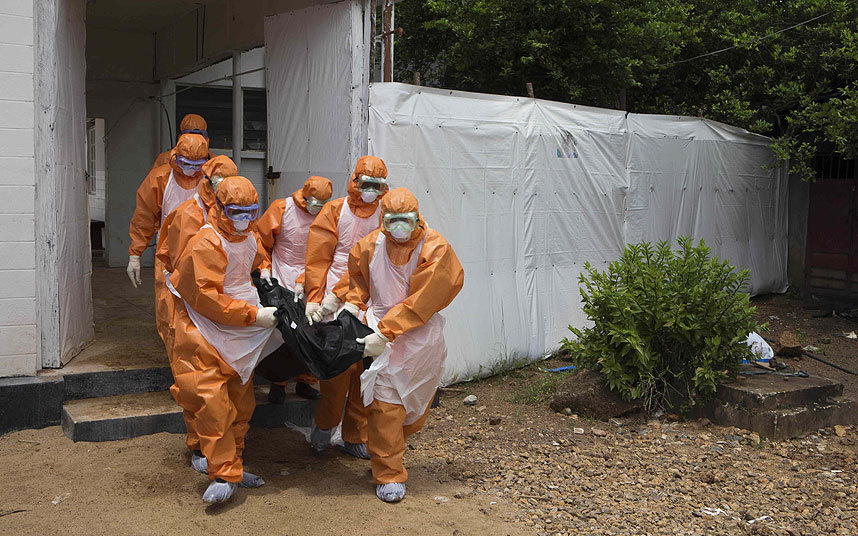 It is hard to find anyone who thinks the Nursing & Midwifery Council (NMC) did the right thing in taking Pauline Cafferkey to a misconduct hearing.

If you missed the story, Cafferkey is a nurse who volunteered to work in Sierra Leone at the peak of the 2013-2014 Ebola outbreak in West Africa.  On her return to the UK she, along with all the other returning volunteers, was screened by Public Health England (PHE) at Heathrow airport. It seems it was, by all accounts, a chaotic scene; with at one stage the volunteers having to check each other’s temperatures because there were no PHE staff available. Cafferkey had been tired, unwell and running a fever and had taken paracetamol for symptomatic relief.  Her temperature was originally recorded as above the threshold for further screening, but she was let through, and subsequent tests showed her to be apyrexial. Thus she was sent on her way. A day later she was admitted to hospital with Ebola, and nearly died.  A year later, she had a relapse of Ebola related meningitis, and again, nearly died. She has suffered neurological problems subsequently.

Public Health England complained to the NMC that Cafferkey had not disclosed that she was unwell or had taken paracetamol to reduce her temperature, and that she had therefore broken the strict infection control regime at the UK Border.  The hearing found that she was too unwell at the time to have been able to explain her situation coherently, and all charges were dropped.

What is surprising about this case is that it ever got to a formal hearing. The evidence of the chaos at the airport and of the chain of events that led to Cafferkey’s hospitalisation was already in the public domain. Why the NMC chose to take this complaint at face value is hard to fathom. There was evident chaos, and the nurse was evidently unwell. However, information was not passed on when it was provided, and actions not taken when they should have been. I am left wondering why PHE is not the one under investigation?

In conversations with many nurses over the years, this sadly comes as no surprise. The NMC has a significant backlog of cases against nurses on competency to practise and other grounds.  It seems to be the culture of the profession to single out those who make errors of any kind and take them through formal procedures at the drop of a proverbial hat.

This culture of regulation by fear has toxic consequences. A nurse who had faced two competency hearings recently told me she had found herself doubting her clinical skills and moral character. Friends and colleagues suddenly started to blank her in the corridor, unfriended or blocked her on social media and did not return her telephone calls.  Guilt by association leaves the professional who is facing competency procedures isolated and stigmatised, even when they are subsequently cleared.

The nursing profession is as much under surveillance as medicine at the moment. We are in a ‘post-Francis’ era, when standards of care and compassion are under scrutiny more than ever before. And it is right that we hold ourselves to high standards. But compassion is not fostered and nurtured by a climate of fear and stigmatisation.  Mistakes happen, and some need swift and direct disciplinary action. However, many are minor and need a more compassionate response. A diligent nurse is more likely to spot and report her own errors if she knows she will be dealt with fairly. Colleagues are more likely to be supportive if they do not fear guilt by association.

Above all this needs good leadership. Not management, but leadership in the sense of those who can shape the culture of their workplace and profession by how they practise. It is about supporting those in the team who lack skills and confidence. It is about encouraging the sharing of expertise between peers so that all feel they have something to contribute.  It is about working together as a body, a compassionate caring community, a team that carries its weakest members and does not denigrate them.  Of course, there are times for such leadership to get tough and make sure people just get on with the job. But a team that cares for its members will be a team that cares for its patients.

Jesus had a team that made a huge number of mistakes. Peter in particular, whose list of errors and misunderstandings is vast, finished off his apprenticeship by hacking off someone’s ear and then denying three times to a couple of servant girls that he even knew Jesus.  Jesus’s response was to reinstate him as the leader of the fledgling church. At the heart of the Christian faith is the understanding that we all fall short of God’s standards all the time, but we are not dealt with as we deserve.  This is the essence of grace.

Grace, compassion and wisdom are the essential qualities that we need as we deal with errors in the workplace.

Pauline Cafferkey is a good nurse who paid a high price to show care and compassion to others. I hope and pray that she finds herself supported and welcomed wherever she goes to work next. I further hope and pray that the lack of compassion and care shown to her by the professional hierarchy does not discourage her from continuing to show it in practise.