Is Professor Basky Thilaganathan deliberately misleading parliament over the results of NIPT for Down’s syndrome? 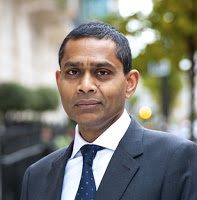 The NHS is close to introducing a new test for pregnant women that will make it much easier to detect and search out any babies with Down’s Syndrome (DS) (see previous CMF blog posts here and here).

Jeremy Hunt, the Health Secretary, is expected to respond to a recommendation from the National Screening Committee for the roll-out of non-invasive prenatal testing (NIPT) any time now.

The Nuffield Council of Bioethics is also expected to publish a report on the new technology this autumn (see CMF’s submissions to both Nuffield and the UK National Screening Committee).

The move to make NIPT available on the NHS is extremely controversial and has led to the launch of the ‘Don’t screen us out’ campaign (DSUO). DSUO describes itself ‘as a grass-roots initiative supported by a collection of people with Down’s syndrome, families and Down’s Syndrome advocate groups led by Saving Downs Syndrome’.

They argue that the result will be ‘a profound increase in the number of children with Down’s syndrome screened out by termination’.

They say that, given the fact that 90% of babies who are prenatally diagnosed with Down’s syndrome are currently aborted, making the test available on the NHS is projected to lead to 92 more babies with Down’s syndrome being aborted each year (90% of the 102 more children with Down’s syndrome who would be detected annually by NIPT according to the National Institute for Health and Research RAPID evaluation study  projections).

The same RAPID study also predicts that 25 miscarriages would be prevented by implementation of the technology because fewer women would go on to undergo more invasive chorion villus sampling (CVS ) or amniocentesis in order to diagnose the condition. So it is a trade-off of 25 ‘normal’ babies saved for 92 babies with Down’s syndrome aborted.

Don’t Screen us Out have launched an open letter to Jeremy Hunt demanding that his department stop ignoring the concerns of people with Down’s syndrome, their families and the wider community and start consulting them on the proposals. But thus far the health minister has not responded.

The move to introduce NIPT into the NHS is backed by powerful commercial interests. In March 2015 the St George’s University Hospitals NHS Foundation Trust revealed that it was joining forces with the British firm, Premaitha Health to bring in this new screening test. Clearly, if the health secretary gives the green light to pay for this new test to be rolled out on the NHS, then Premaitha, which describes the test as its ‘flagship product’, along with its shareholders, stands to make a lot of money. Millions in fact.

Premaitha admitted this much in a press release earlier this year: ‘Premaitha anticipates that the endorsement by the NHS will accelerate private payer market growth in the UK’. More importantly, it will put them in pole position to pitch for NHS hospital tenders.

Understandably, St Georges, which has a commercial relationship with Premaitha, is defending the test. Earlier this summer, Professor Basky Thilaganathan (pictured), head of the fetal medicine unit at the trust, said: ‘NIPT screening is an absolute sea change in how we have been doing things in the last 50 years. It has the potential to virtually eradicate invasive testing.’

According to the Evening Standard on 12 August, he dismissed claims from DSUO that extending the test would lead to an increase in abortions and claimed that more than 300 miscarriages a year could be prevented if the NIPT (non-invasive prenatal test) was used across the NHS.

But DSUO have been questioning the evidence for his claims. And a new study published in the British Medical Journal on 4 July 2016 backs up their concerns.

Chitty and her colleagues calculate that in an annual screening population of 698,500, offering NIPT (as a contingent test to women with a Down’s syndrome screening risk of at least 1/150) would increase detection by 195 cases with 3,368 fewer invasive tests and, crucially, only 17 fewer procedure related miscarriages (not 300!).

Chitty’s projected decrease in miscarriages (17) is very close to the figure given by the RAPID study (25), and the difference is not statistically significant. But both figures are a far cry from Basky Thilaganathan’s 300, a number almost 20 times higher.

Furthermore, if rolling out NIPT will result in 195 more babies with Down’s syndrome being detected (Chitty), then assuming that 90% will then be aborted (the standard quoted figure), that means almost 180 more abortions for Down’s syndrome each year. Even if the percentage is only ~70% going on to abort, as Chitty suggests for the group having NIPT, we are still talking about over 130 more abortions each year of these affected babies.

DSUO argue that this does harm to babies with Down’s syndrome and the Down’s syndrome community, violates the Convention of the rights of persons with disabilities and enables eugenic discrimination. These are strong charges.

It is quite extraordinary, in the face of the facts just presented, that Prof Thilaganathan can both deny that the test will result in more deaths of babies with Down’s syndrome, and claim that the miscarriages prevented will be almost 20 times higher than the RAPID and Chitty studies predict.

Does he know something we don’t, or is he deliberately misleading the public and parliament in order to advance an ideological and commercial agenda?

The burden of proof is upon Thilaganathan and St Georges to reveal the scientific evidence supporting his claims, or if there actually isn’t any, publically to apologise to DSUO, the public, people with Down’s syndrome and their families and parliament itself for telling lies.

At very least these latest developments should lead Jeremy Hunt to reflect more on the concerns raised by DSUO and the communities of Down’s syndrome families they represent before deciding to invest scarce health service resources on this new venture. More questions need answering and more public scrutiny is required.

Meanwhile I’ll be taking a closer look at some of the commercial interests and ideological drivers behind the scenes driving these new tests. Watch this space.