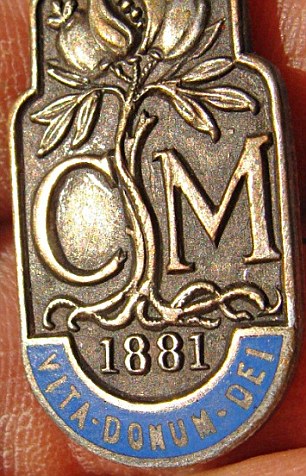 The Royal College of Midwives (RCM) has come under fire for backing the BPAS ‘We Trust Women’ Campaign, which advocates the decriminalisation of abortion up until birth.

RCM CEO Cathy Warwick gave her backing to the controversial campaign back in February, when she said that the campaign had the College’s ‘full support’.

This will surprise the 30,000 midwives who belong to RCM as they were not consulted at any point. Nor it seems was the RCM board.

98% of women in a 2012 survey said they opposed any rise in the abortion limit above 24 weeks so it seems that women in general are strongly opposed to Warwick’s position.

Furthermore, the RCM itself in the 1980s actually supported a lowering of the upper limit for abortion from 28 weeks to 24 weeks.

So how did an organisation, devoted to the safety through childbirth of both mother and baby, and with the motto ‘Life is the gift of God’ come to such a place?

The answer it seems lies in its current leadership. Its CEO, who also chairs the abortion ‘provider’ BPAS, responsible for 65,000 abortions per year in Britain, is apparently waging something of a personal crusade.

Warwick’s proposal is to remove legal protection from babies between 24 and 40 weeks, allowing viable babies in the womb to be aborted for each and every reason.

In the UK about 8% of babies are born before 37 weeks (a normal pregnancy lasts 40 weeks), nearly 60,000 premature births every year. The vast majority of these survive and thrive, and in the best units like University College London, about 80% of those born at 24 weeks, the accepted threshold of viability, will live with good postnatal care.

How does one abort a baby at an age at which it would be born alive and almost certainly survive?

One has to kill it first in utero, normally with a lethal injection, or alternatively, remove it manually piece by piece. Chilling to think that midwives, trained safely to deliver babies and place them tenderly in their mothers’ arms, are now supporting their destruction at the very same age.

Abortion is contrary to every historic code of medical ethics. It is against the Hippocratic Oath, the Declaration of Geneva and the International Code of Medical Ethics. In 1947 the British Medical Association called abortion ‘the greatest crime’.

Two hundred midwives have already signed a letter ‘not in our name’ dissociating themselves from the RCM’s position and thousands more citizens have called on the College to abandon its policy.

Thus far the RCM has shown no sign of turning. It has published a statement on its website today replete with specious euphemisms claiming that it is the victim of ‘distorted and sensationalist accounts’.

But the legal position it is advocating is one where all legal protection for unborn children will be removed – a law like that of China and North Korea.

The RCM used to stand for women’s and children’s health. Now it seems to deny the humanity of the preborn baby altogether.

Any society will be judged by the way it treats its most vulnerable members and there is nothing more innocent and vulnerable than a baby in its mother’s womb.

Warwick is guilty of a blatant conflict of interests. She needs to step down either from the RCM, or BPAS but cannot continue in both positions.

Hopefully the board and members of the RCM, rather than complicitly closing ranks around her, will help her to do the decent thing.

New RCM statement is a further assault on freedom of conscience

Midwives are meant to save unborn lives, not to destroy them