The wisdom of Solomon is needed in today’s surrogacy cases 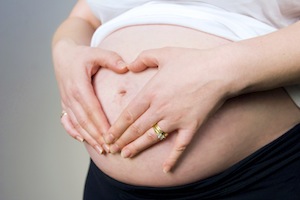 Disturbing stories on surrogacy are hitting the headlines on a regular basis at the moment.

Last week we heard about a surrogate mother who changed her mind about handing over the child she carried, to the gay couple who had paid £9,000 ‘expenses’ for her to do so. The baby boy is not genetically related to her but she is desperate to keep him. And she holds the parental rights – for now. A court battle is about to ensue to determine who holds the cards in this case.

Two months ago, we heard about another surrogate mother, ordered by the High Court to hand over her 15 month old daughter to a couple who had arranged for her to carry a child for them. The mother had refused them access as she was desperate to keep the child. The judge ruled that the girl should be removed from her mother and live with her father and his boyfriend instead.

In April a surrogate gave birth to her genetic brother and sister after her parents asked her to be their surrogate.

In the US a surrogate is happily carrying a baby for a gay couple, under the ‘protection’ of an apparently watertight contract but the disturbing element of this particular news story is that it is costing the commissioning ‘parents’ at least $100,000 to ‘buy’ this child. (Of course the terminology of ‘buying’ and ‘selling’ is not used directly but it is difficult to see what else it is, once euphemisms are removed).

This week’s other story is from Thailand where a surrogate mother is fighting to keep the baby she bore, once she (apparently) discovered the commissioning American men were gay.

Into this messy mix of families having their tug of war over children, there is now a push in the UK to ‘reform’ the law on surrogacy.

When one hears a call for ‘reform’, what it really means is a call to ‘remove’ as many restrictions, protections and controls as possible, to make surrogacy easier ie. to be able to: ‘treat the arrangement as a neat transaction and pay the surrogate for the invaluable service she is providing.’

In other words, there is a growing campaign to remove the few protections for surrogate mothers and surrogate children in order to make it easier for infertile and gay couples to ‘buy’ children and the wombs for them to grow in.

Surrogacy in the UK is not illegal but the law acts to discourage it. Couples cannot enter into a contract with the surrogate mother and they have no access to the kinds of agency services that are plentiful abroad.  No payments are allowed (except ‘expenses’), nor advertising of surrogacy services.

Would a change in the law help smooth the process of surrogacy and stop onhealthy cytotec these tug of war stories from hitting the headlines?

It would undoubtedly make surrogacy arrangements easier for the ever increasing number of infertile and gay couples who consider it their absolute right to have a child and it would encourage agencies get involved in the process (and to make money from it) but it would increase the number of surrogacy arrangements taking place and would not help or protect the rights of surrogate mothers to change their minds. They are already seeing these rights eroded through the courts.

There would be no benefits for children from an increase in surrogacy arrangements. They will continue to be fought over but with even more cases than now. It will not stop couples going abroad where surrogacy is cheaper and almost completely unregulated (ie. easier to use).

The problem with surrogacy is that the adverse psycho-social effects primarily impact the surrogates and the children – the ones without the money. Men do not have the same experience of pregnancy (obviously!) so cannot understand nor appreciate in the same way the significance of the intimate bonding, hospitality and attachment that takes place between mother and child during pregnancy and birth and how profound it is to carry and nurture a child as he/she grows.

In truth, surrogacy is an exploitative global industry, driven by money and the demands of commissioning ‘parents’ (usually wealthy, white and Western). It requires women to become impersonal and useful ‘breeders’ (they are often called ‘gestational carriers’!) and it treats children as commodities, being bought and sold in the market place. Claims to parenthood from all sides not only undermine the concept of motherhood but ignore children’s needs.

This is what all these tug of war cases illustrate so clearly.

Of course, desperate parents fighting over children is not something new to our time. Solomon faced two women both claiming to be the true mother of a baby boy. It required his great God-given wisdom, understanding and insight to rule justly and wisely in that case:

‘God gave Solomon wisdom and very great insight, and a breadth of understanding as measureless as the sand on the seashore.’ (1 Kings 4: 29).

‘When all Israel heard of the judgment which the king had handed down…they saw that the wisdom of God was in him to administer justice…He was wiser than anyone else.’ (1 Kings 3:28).

Our High Court judges may be intelligent and knowledgeable, but they will require all the wisdom of Solomon in deciding who is the parent in even more cases, if the law were to be changed. And I doubt that any of them do have the depth of wisdom and understanding of Solomon to be able to resolve these conflicts to the benefit and justice of the most vulnerable.