Beginning of Life issues in 2017: what will we be talking about this year? 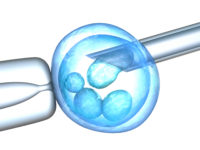 Abortion
October 2017 marks the 50th Anniversary of the 1967 Abortion Act. Throughout the year this significant anniversary will generate media publicity, events, stories from women and will fire up campaigns by those who want to see the laws tightened up (or at least adhered to) and by those who want to relax the law on abortion even more.

Expect to see more focus this year on the operation of UK abortion clinics and new research on the link between abortion and preterm births. There will be further Parliamentary debate on the discriminatory provision in the Act that permits abortion to term for disability, especially in February with Committee Stage of Lord Shinkwin’s Abortion (Disability Equality) Bill and the We’re All Equal campaign in support of the Bill.  It will be fascinating to see what happens in the US under the more overtly pro-life administration of Donald Trump.

Artificial Gametes
Scientists have now created artificial mouse eggs, using just a bit of mouse skin, and used these eggs to produce fertile pups. While it is unlikely that humans will be born via artificial eggs anytime soon, it is likely that we will see more teams developing artificial human gametes for research purposes. (In 2015 scientists from the UK and Israel created precursors to gametes from embryonic stem cells.)

Artificial Intelligence
Advances in robotics and Artificial Intelligence are shaping up to be one of this year’s hot topics, ethically and technologically. Expect to see further developments in personalised healthcare and many more new healthcare apps. A significant amount of research is being conducted on machine learning, with potential applications in medical diagnostics and treatment decision-making.

Brexit
This will undoubtedly dominate the political and media agendas but the impact on beginning of life issues is hard to predict. Brexit may affect research funding and investment and the influence of certain EU directives that limit the development of concerning technologies and practices will be lost. Britain has one of the most liberal bioethics policy in the world so it could be argued that other countries will be spared some of the more harmful British influence.

Chimeras
Scientists are already creating human-animal chimeras in the United States and the National Institutes of Health (NIH) proposes to fund more experiments. Some research with chimeras is ethical; however newer forms of stem-cell-based chimera research involving the use of embryos means the human cells could become anything, including human eggs or sperm and increase human/non-human mixing.

Contraception
The promotion of LARCs, particularly for teenagers, will continue and it now appears that pharmacists who conscientiously object to dispensing certain medicines may have their conscience protection restricted, possibly removed. CMF will  publish a new booklet ‘Contraception: a guide to ethical use’ written specifically for Christians so expect to see the publicity around this year.

Embryo research
Scientists in the UK have succeeded in growing human embryos in the laboratory for longer than ever achieved before, and are now pressing to go further, beyond the current legal limit of 14 days. Expect more publicity and calls for extension to the legal research limit, but not actual legal change – yet.

Gene editing
There have been tremendous advances in gene editing in the last two years, which will continue, primarily through the use of CRISPR-Cas9 and other similar techniques. They currently appear to offer novel and powerful approaches to modify genomic sequences and treat many human diseases, including HIV/AIDS, haemophilia, sickle cell anaemia and several forms of cancer. Expect further progress with therapies.

Gene editing of embryos
Gene editing of embryos is also proposed by UK scientists as a way to rid the human race of terrible genetic conditions. Specific enzymes are added to the early embryo, to cut and replace particular DNA regions, creating changes that will pass down generations. New, more accurate enzymes have brought human gene editing closer to reality. Expect to see more advances in research on embryos, but not therapies yet.

Isle of Man
The present conservative Manx abortion law is likely to come under threat this year. HEAR (Humanity and Abortion Reform), a pro-life campaign group and CALM (Campaign for Abortion Law Modernisation) are two new groups that will be at the heart of public debates on abortion law reform in 2017.

Mitochondrial replacement research
The HFEA has recently permitted the creation of three parent babies in the UK, so this will progress in 2017. The world’s first ‘three-parent baby’ was born in Mexico in April 2016 using genetic material from two mothers and one father, and no doubt we will hear of others in 2017 in other unregulated environments.  We may not hear so much about the failed attempts.

Non-invasive prenatal testing
The Government has finally signalled their intention to implement cell-free DNA (cfDNA) screening (a technique that better detects disability in unborn children) into the NHS Fetal Anomaly Screening Programme in the next three years, notionally from 2018, but expect to see more publicity about the discriminatory effect of these tests and their negative impact on people with Down’s syndrome, driven by the ‘Don’t Screen us Out’ campaign. There will be even more new tests being developed, with improved accuracy, speed and ease of use, to screen babies in utero for single-gene disorders like muscular dystrophy or Huntington’s disease.

Northern Ireland
Martin McGuiness’ sudden resignation makes an election highly likely so the impact on other issues is more difficult to predict. It is still probable that there will be debates in the Assembly, in the media and public campaigns to change the law to allow for abortion for diagnoses of fatal fetal abnormality. If so, also expect Assembly debates on legislation to better support pregnant women receiving such a diagnosis. A new campaign, Both Lives Matter, will be launched to defend current laws on abortion and to better support for women with an unplanned pregnancy.

Organ donation
The Scottish Government will re-consider whether there should be any change in the law regarding organ donation on death. Expect to see debates over soft and hard opt-out and opt-in systems, consent and the role of the family.

Robotics
We are likely to see a significant rise in the use of robotics and nanotechnologies in medicine in the immediate future. For example, more robot-assisted surgery, robotics being utilised to improve the accuracy of 18-20 week screening in pregnancy and service robots being developed and used in limited ways to address the challenge of dementia and care for the elderly.

Scotland
The devolution of abortion law as part of the Scotland Act 2016 will generate a campaign to remove some of the legal restrictions on abortion access and to develop a Scottish approach to provision of abortion, which will be vigorously opposed by pro-life groups.

Surrogacy
There will be more concerted efforts to remove some of the legal restrictions on surrogacy to make surrogacy easier for any commissioning parent(s) and to remove some of the parental rights of surrogates, as well as making surrogacy contracts enforceable. The complexity of modern parental arrangements, driven by gamete donation, surrogacy and demand from infertile and same sex parents for children will generate more Court cases to determine who is a ‘parent’.

‘Blessed be the name of God forever and ever, for wisdom and might are His. And He changes the times and the seasons; He removes kings and raises up kings; He gives wisdom to the wise and knowledge to those who have understanding.’ Daniel 2:20-21

Please pray for wisdom, knowledge and grace for the CMF public policy team in 2017!