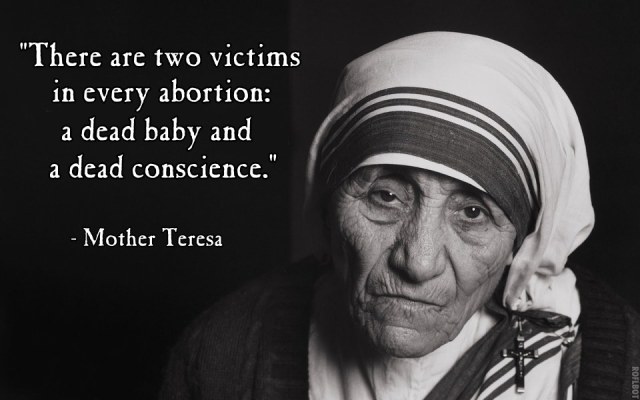 A new parliamentary inquiry into freedom of conscience over abortion has just been launched.

Commissioned by Fiona Bruce MP, it seeks to examine whether the Conscience Clause in the 1967 Abortion Act provides adequate protection for doctors and other healthcare professionals who do not wish to be involved, directly or indirectly, in termination of pregnancy.

The closing date for written submissions (online, by email or by letter) is 5pm on Monday 11 July.

There are seven questions and a maximum limit of 500 words per question.

They include: Why is freedom of conscience important? Do doctors and other health professionals have enough protection? Can you give examples of good or bad practice? Do you know of good precedents from elsewhere in the UK or abroad? What legal or regulatory changes would you suggest?

Section 4 of the Abortion Act (1967), the ‘conscience clause’, requires that ‘no person shall be under any duty, whether by contract or by any statutory or other legal requirement, to participate in any treatment authorised by this Act to which he has a conscientious objection’.

Its purpose is to ensure that people with a conscientious objection to abortion are not put under coercive pressure to take part.

The application of the clause has been the subject of much legal and ethical debate and has also been tested in the courts. Most of the debate centres around the meaning and scope of the two words ‘participate’ and ‘treatment’.

There is general agreement that the clause protects doctors or nurses from being forced against their consciences to be directly involved in carrying out abortions – for example by performing or assisting an operative procedure or administering abortifacient drugs.

But what about preparing a patient for surgery, attending them afterwards, supervising others doing abortions, typing a referral letter or being part of the referral process? Here the application is less clear.

The problem is that legal precedent and professional guidelines vary in how they interpret and apply the conscience clause.

The recent Glasgow Midwives case (Doogan and Wood) narrowed its scope. The Scottish Court of Appeal (Lady Dorrian) had ruled that the two nurses involved could refuse to delegate, supervise or support staff involved in abortions:

‘In our view the right of conscientious objection extends not only to the actual medical or surgical termination but to the whole process of treatment given for that purpose.’

But this was later overturned by the Supreme Court. Lady Hale ruled that:

‘The conscience clause does not cover making bookings or aftercare for patients who have undergone a termination. Nor does it cover fetching the drug before it is administered. “Participating” is limited to direct participation in the treatment involved. It does not cover administrative and managerial tasks.’

Furthermore Hale added that any medical professional who refuses to provide an abortion ‘must arrange for a referral to someone onhealthy buspar else who will do so’.

This legal ruling conflicted with 2013 General Medical Council (GMC) guidance that doctors are not obliged to refer patients seeking abortion to other doctors who will do it but must ‘make sure that the patient has enough information to arrange to see another doctor who does not hold the same objection’.

Clause 4.4 of the Nursing and Midwifery Council (NMC) Code allows for conscientious objection in only limited circumstances. But a new position statement on abortion from the Royal College of Midwives (RCM) narrows this protection even further and states that midwives should be involved in all care of a woman undergoing a termination.

They have the right to opt out on the basis of conscience only from those clinical procedures directly involved in the abortion. Furthermore, both the NMC and RCM make referral to another competent practitioner mandatory.

Many would consider that a referral for abortion is actually participating in abortion. If I do not physically take part in an immoral act but knowingly provide others with the means to do so, am I not equally culpable?

In fact doctors in New Zealand felt so strongly about this that they took their regulatory body, the NZMC, to court for suggesting referral was an obligation, and won! The NZMC subsequently dropped its appeal of the ruling.

As Professor John Wyatt has argued in a useful CMF File, the right of conscientious objection is not a minor or peripheral issue. It goes to the heart of medical practice as a moral activity.

The right of conscience helps to preserve the moral integrity of the individual clinician, preserves the distinctive characteristics and reputation of medicine as a profession, acts as a safeguard against coercive state power, and provides protection from discrimination for those with minority ethical beliefs.

Current UK law and professional guidelines respect the right of doctors to refuse to engage in certain procedures to which they have a conscientious objection. This applies not just to abortion but to other activities as diverse as artificial reproduction and gender reassignment.

Christians are called to show respect for governing authorities (Romans 13:1-7), but this is not a call for unquestioning obedience. Ultimately we obey God and not men (Acts 5:29).When the King of Egypt ordered the Hebrew midwives to kill all male Hebrew children they refused to do so and God commended and rewarded them (Exodus 1:15-22).

This new consultation is timely. It provides a great opportunity for anyone with strong feelings on this issue, and especially those with experience of how the conscience clause works in practice, to provide input which may help to shape future law and regulations.

It’s an opportunity well worth taking – especially for doctors and nurses.

Please see this CMF briefing paper where you will find more information.