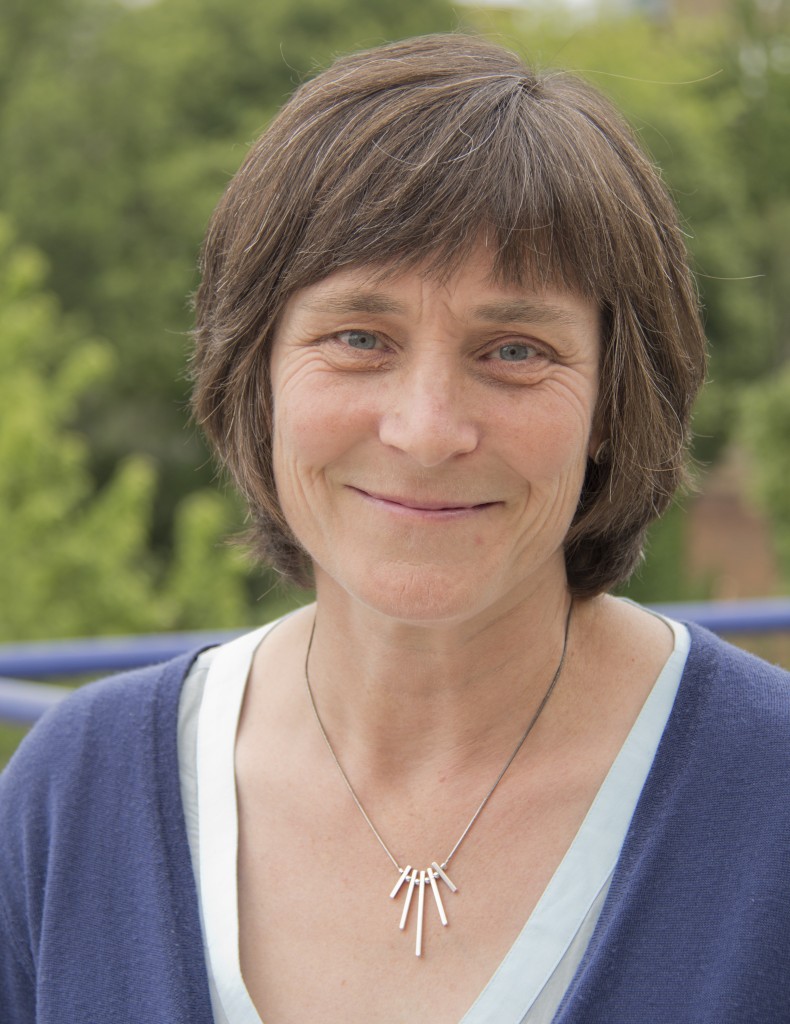 From her desk at the Christian Medical Fellowship (CMF) in London, Vicky Lavy is writing an email. It is a message of comfort to a doctor in the Democratic Republic of Congo in central Africa.

The doctor oversees a district health centre which was recently attacked by rebels. Eight people, including a nurse, have been killed. Earlier, as CMF staff gathered for morning devotions, Vicky had asked them to pray for him.

As Head of International Ministries at CMF, Vicky is in regular contact with the 200 CMF members who are working overseas in some of the world’s poorest countries. Her role is to help support them as they give much needed medical care to those who desperately need it.

’I try to keep in touch and encourage them and when they have issues, I do what I can. I hope it’s an encouragement for them to know they are not on their own,’ Vicky says. ‘We are a resource for them. We support them on professional issues like revalidation and I’m able to connect them up with others who can give help and advice. It’s a privilege to play a small part in their work, and to share their joys and sorrows.’

Prayer is key for Vicky, a minister’s daughter who has worked for CMF for seven years. She learned about God at her father’s knee.

‘People face particular challenges overseas. They are away from home and family and working under quite challenging circumstances. I think praying for them is one of the best things we can do for them to support them,’ she says. ’I understand some of the difficulties that you do have when you work abroad in a poor country. That definitely helps me as I respond to our members.’

Vicky can identify with many of those who volunteer overseas because she spent many years providing essential medical care and Christian fellowship for medical staff abroad.

In fact, for ten years, Vicky, a GP who specialised in Palliative care, worked in Malawi, one of Africa’s poorest countries. She set up a Palliative care children’s service which still flourishes. Vicky also helped start a CMF in Malawi and watched with joy as local members grew in their faith.

’It’s been a real privilege to be involved with those doctors who I knew as medical students. It’s been wonderful to see them grow in their faith and in their professional work,’ Vicky says. ‘Within the sovereignty of God, he has a hand on everything.’

She worked in Palliative care after returning to the UK but later brought her skills to CMF, where she gets to marry her passion for international work with ministry. ‘It was lovely to come and work for CMF as I’ve been involved ever since I was a medical student. CMF is like family for me.’

‘I do feel CMF is like onhealthy kamagra family,’ she says.

In her CMF role, Vicky, hears news from doctors working abroad. They relate the many positive joys they experience of God’s grace and help as they serve him overseas.

‘There is a lovely video of Shirley Heywood, a member in Nepal, who tells stories of her work out there as a gynaecologist. She talks about an urgent operation that couldn’t go ahead because the hospital power supply was down and wouldn’t be repaired for four days. She prayed in desperation for God to give them power and the lights came on at that moment! She says it has never happened in her life before or since – an amazing demonstration of God’s power and concern. In another video she talks about how important it is that her friends and supporters pray for her regularly, and she really feels that is what sustains her and enables her to carry on,’ Vicky recalls. ‘We have to remember that we are part of what’s going on there and that we can pray.’

She hopes other students and medical staff will consider the impact they could make by volunteering in developing nations – and she spends her days encouraging doctors, nurses and students to consider it.

’There are lots of different ways they can be involved, from going, to praying, to giving, to campaigning. It’s not all about people going abroad … but we do hope that a good number will go out and serve.’

To reach out to potential volunteers, Vicky, who is supported by student and international coordinator, Dionysia Ayeni organises various events such as the ‘Developing Health Course’, a two week annual conference which equips people for work in developing countries.

She also runs one day awareness raising workshops called ‘Who is My Neighbour?’ to help people ‘think through issues and about whether they might get involved’.

Vicky also provides information to students to help them think more about doing their electives in developing nations and is currently developing a booklet for junior doctors exploring how they can work abroad as within their training.

She plans to do a similar booklet for retired doctors and nurses.

Vicky serves as a contact between the International Christian Medical and Dental Association (ICMDA) and other medical Christian fellowships in more than 80 countries.

‘We had the world congress of ICMDA in 2014) and there were 99 countries represented. We are one of the oldest fellowships in the world and we are probably the movement that has the most literature, along with the website and speakers so we feel we have a responsibility to support and help other movements around the world.’

She concludes, ‘I love the fact that we are part of a worldwide family of Christian doctors and nurses and that sense of connection to our colleagues all around the world.’