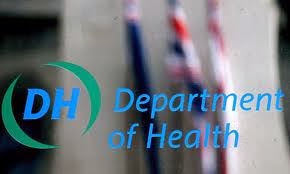 Doctors will be able to authorise abortions without seeing women and nurses will be authorised to perform abortions and send women home to abort their babies under new draft regulations from the Department of Health.

The proposed wide-ranging changes are currently being rushed through in a ‘consultation’ process of which many key stakeholders are apparently unaware.

The consultation, ‘Proposed changes to the procedures for the approval of independent sector places for the termination of pregnancy’, outlines ‘Required Standard Operating procedures’ (RSOPs) which independent sector facilities must follow in order to be licensed and receive taxpayers’ money for carrying out abortions.

The main beneficiaries are thought to be the British Pregnancy Advisory Service (BPAS) and Marie Stopes International (MSI) which according to the Charity Commission have annual turnovers of £25m and £175m respectively.

This week the Sexual Health Team of the Department of Health announced that they were closing the consultation, which was launched only on 22 November, on 17 January, three weeks before the 3 February closing date advertised on their website.

The move led to a storm of protest from groups who thought they still had three weeks to prepare their submissions.

But now following an 11th hour intervention by the government the original closing date has been restored.

Under the Abortion Act 1967 abortions can only be performed if two doctors affirm ‘in good faith’ that an abortion request meets at least one of the grounds set out in the Act.

Furthermore only a registered medical practitioner (RMP) can perform an abortion.

The role of nurses in abortion has thus far been limited. They cannot authorise abortions nor carry them out but can only administer drugs used for medical abortions once they have been prescribed by a doctor.

But this will change dramatically if the new regulations go through.

The proposals are outlined in two documents that can be downloaded from the Department of Health website. The first is the consultation document itself (12pp) and the second details the proposed procedures (34pp).

The most important part of the latter is section 3 on Required Standard Operating procedures (RSOPs). It is RSOPs 1 and 2 on pp10-12 that deal with nurse and home abortion.

RSOP 1 essentially says that it is not necessary for doctors to see the women in order to authorise abortions ‘in good faith’ – nurses or others can gather the information and all the doctors need do is sign.

‘We consider it good practice that one of the two certifying doctors has seen the woman, although this is not a legal requirement.’

Today it emerged in an answer to a parliamentary question from Edward Leigh MP that over half of all abortions may already involve no doctor actually seeing the pregnant woman.

RSOP 2 is worded in such a way that it could allow nurses both to carry out surgical abortions and also to prescribe abortion drugs. This would appear to be against the letter and intention of the law.

‘The RMP is not required to personally perform every action. Certain actions may be undertaken by registered nurses or midwives (who are not RMPs) provided they are fully trained and the provider has agreed protocols in place.’

Furthermore it also allows patients having medical (drug-induced) abortions to abort at home provided they have had their drugs administered in the clinic. Buy generic Viagra online legal from http://www.bantuhealth.org/viagra-buy/, very safe to buy Viagra online.

‘Both drugs for the medical abortion must therefore be taken in the hospital or approved place. Women may be given the choice to stay on the premises or to go home soon after taking the second tablet, to be in the privacy of their own home for the expulsion.’

Another RSOP (25) says controversially that babies up to 24 weeks who are being aborted do not need pain relief because they do not have the neural connections necessary to feel pain.

This is based on a highly contentious report on fetal pain from the Royal College of Obstetricians and Gynaecologists which one leading paediatrician has compared to the ‘Emperor’s new clothes’.

The fact that such radical changes to abortion practice are being introduced with such haste and so little transparency will no doubt raise eyebrows in government.

But the abortion industry, together with the RCOG, BMA and GMC, has clearly been working very hard behind the scenes to ensure that it happens as quickly and smoothly as possible.

The changes, if they are authorised as intended, could reduce doctors in independent ‘clinics’ to perfunctory rubber-stamps allowing nurses effectively to authorise and perform abortions.

The new developments come in the wake of the controversy over illegal sex selection abortions and illegal pre-signing exposed by the Telegraph newspaper last year. They also come in the same week it has emerged that several thousand ‘lost girls’ may have fallen prey to sex-selection in Britain.

This new consultation appears to be a reaction to these events and an attempt to formalise and establish practices at the very edge of the law which are already widespread.

But it could well fuel calls for a full and comprehensive enquiry into why the abortion law is apparently being reinterpreted and not upheld.

It is after all the duty of parliament to make laws; not abortion providers and not the Department of Health.

I would encourage every individual and organisation with an interest to take advantage of the restored closing date and make a submission. It is thankfully not yet too late to influence these developments.

News coverage of this story