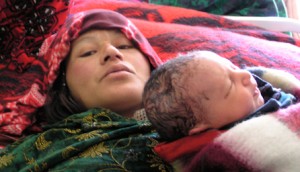 Last week saw a major summit in London on the role of family planning in global development, hosted by the British Government’s Department for International Development (DFID), and instigated by the Bill & Melinda Gates Foundation. It was primarily a pledging conference, with the great and the good from many nations taking it in turns talking about the importance of family planning to allow women to space their children and manage the size of family as a means to achieving healthier families.  And it worked, on the funding front at least, with a total of an extra $4.6 billion pledged for family planning services worldwide by 2020 (the target was $4 billion), split between developing country governments ($2 billion), and Western donors ($2.6 billion).

Melinda Gates, who fronted the summit on behalf of her and her husband’s philanthropic foundation, was keen to avoid controversy.  She sought to allay the old fears of top down, Western driven, coercive population control and widespread promotion of abortion, stressing that these were not part of the agenda.  However, commentators noted that many of the main NGOs and UN bodies involved have been linked with the former and have all been involved with the provision of abortion services.  And there is big money for the pharmaceutical industry in providing contraception – an industry the Financial Times reckons to be worth $17 billion in the next three years. So controversy was never far below the surface, which is why the whole topic has not really been high on the development and international health agendas for decades.

Another aspect of the summit was the side events, where various sections of civil society were able to discuss the issues on the ground.  One of these looked at the role of family planning in HIV prevention, and issued a call to action to empower and enable women to make informed choices about contraception and HIV prevention (including prevention of mother to child transmission of HIV).  As one of the presenters noted, if we want to see Millennium Development Goals 4, 5 & 6 reached, then linking HIV prevention and family planning makes sense. However, abortion was also very much on the agenda of this call to action, sadly making it a no-go area for most faith groups who had common cause with its core aims.

Indeed, many also noted that there was either scant mention of the role of faith groups in family planning, or outright criticism of their role and stance around the issue – not always without reason.  Nevertheless, the lack of space for faith in the main summit led to another side event on the following day that focussed on faith based responses to family planning.

Despite the human rights rhetoric though, the actual proposals coming from the main summit seemed very much supply orientated, rather than focusing on community demand. It was about meeting the funders’ and suppliers’ objectives rather than relying on local communities’ own values and priorities around family planning for their own needs.  Instead, most of the Faith Based Organisations (FBOs) at the meeting were seeking to work to local agendas rather than those driven by governments and major donors.   Many voiced concern that the drugs and medical technology industries were very much in evidence, and there was a worry that their priorities were given too much prominence.

Another area of concern was the lack of attention to strengthening (and training) the health workforce. As the faith sector was being demonised as part of the problem rather than as a resource, the feeling was that the summit had missed the target.  However, it is worth noting that this is the same thing that happened 30 years ago with HIV, especially with regards to the marginalization of faith.  We in the faith-based sector need to remember the lessons of those years – that it is the quality of what we do that earns us a voice, rather than the quality of our rhetoric or by shouting from the sidelines.

The problems raised by speakers at the summit seem to have been mainly with religious leaders’ statements (or silence) on contraception rather than with the FBOs that are actually working on the ground.   We saw many excellent presentations of work being done by different FBOs that engaged with the faith of local communities, included religious leaders, and worked from Scripture to help put family planning into the context of the beliefs and values of the community.  It was noted that just supplying contraceptives and money for training was not enough – it is about long term engagement with, and participation in, the community, helping them to address their own needs and priorities for health and development, and so helping them to choose how to plan their own families appropriately to their own priorities.  It was noted that research suggests that being part of any faith community has no substantial impact on the use of contraception by women, but the support of congregational faith leaders does have a significant impact on the use of birth control.

There was some discussion about different approaches to the subject within the Catholic Church and development agencies, noting that it is more nuanced and diverse than is often thought.  There was also a positive response from a DFID representative who said that they are keen to work with faith groups, who they see as part of the ‘enabling environment’ that is needed to effectively and appropriately introduce family planning.  We hope that this is a good example of DFID’s new principles on working with faith being put into action.

Of course, there are differences on many issues.  Not least of which is the core question of whether family planning is about medical contraception, including abortion, or about wider development, education and health that includes a range of medical and non-medical methods of birth control?

Many agreed that the main summit was a move to get consensus rather than drive one, ideologically polarised viewpoint or another, but recognised that it would never be easy to achieve as there was no simple consensus.  That does not mean that we do not work together to find areas of common agreement.  But above all else, with the renewed global interest in family planning, FBOs already doing good work on the ground have a chance to shape global strategies and policies positively, if we are willing to enter into dialogue with the wider development and global health community – however hard or uncomfortable this may make us feel. This is an area from which Christians working in international health and development cannot shy away in the years ahead.