Putting the last first – medical mission on the front line

Dr Vicky Lavy worked for ten years in Malawi, setting up a palliative care programme for children. She now works for CMF as Head of International Ministries.
The views expressed do not necessarily reflect those of CMF.

‘Every child should be able to access healthcare regardless of who they are and where they are born.’This is what Cat Morris and Mary Cusack passionately believe and what has led them to work in Orissa, one of the poorest states of India.
CMF has 200 members working in developing countries, who have responded to God’s call to care for the poor and chosen to serve people neglected by others. As head of the International Department, I have the privilege of meeting some of them when they are home on leave. It’s always great to put a face to an email, and I was really pleased to meet Cat and Mary when they passed through our London office last week. They founded ‘Love the One,’ a charity providing free medical care to poor and orphaned children and they plan to expand the work over the next two years to provide free community healthcare for over 3,000 children.

Child mortality rates remain shockingly high in some parts of the world. Countries like Afghanistan, Niger and Sierra Leone have child mortality rates over 200 per 1000, which means that one in five children won’t live to see their fifth birthday (http://www.mdgmonitor.org/map.cfm?goal=&indicator=&cd=). The vast majority die from common illnesses such as pneumonia, diarrhoea, malaria and malnutrition, all of which could be prevented or treated. 25% of these deaths are in India, which has the largest child population in the world – one third of its people are under the age of 18, and Orissa has one of the worst child mortality rates in India. 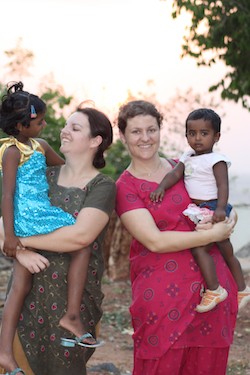 Moved by the huge needs of the world’s children, Mary and Cat both trained in paediatrics. Cat said ‘We knew God was calling us to work with children in need. Our consultants told us we would be foolish to leave UK when career pathways were so uncertain [MMC (Modernising Medical Careers) had just come in]. However when we said we’d do it anyway, they said they’d love to have done what we were doing! But Orissa is a dangerous place, with outbreaks of religious and political violence. Where we are, the risks aren’t so high, but there is always a chance that we might die. But that’s part of counting the cost. Once you’ve accepted that, you have peace.’ No one can take their lives from them because they’ve already given them to God.

‘We want to stand alongside vulnerable children and their families where there are issues of injustice and exploitation. UNICEF estimates that over half of India’s children are subjected to sexual abuse – we want to be a voice for the voiceless.’ In India, adults take priority over children – Mary told me adults would always be seen first in a clinic while children get pushed to the back of the queue. ‘But it’s great – because we’re paediatricians, we can insist that the children be seen first.’

Mary and Cat are modelling God’s priority of caring for the vulnerable and neglected – putting the last first. 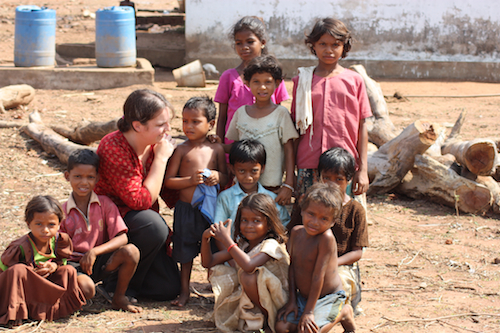